“We’re so glad we hired Saxafrass for our event. They were talented! And the perfect volume for the entire night.” 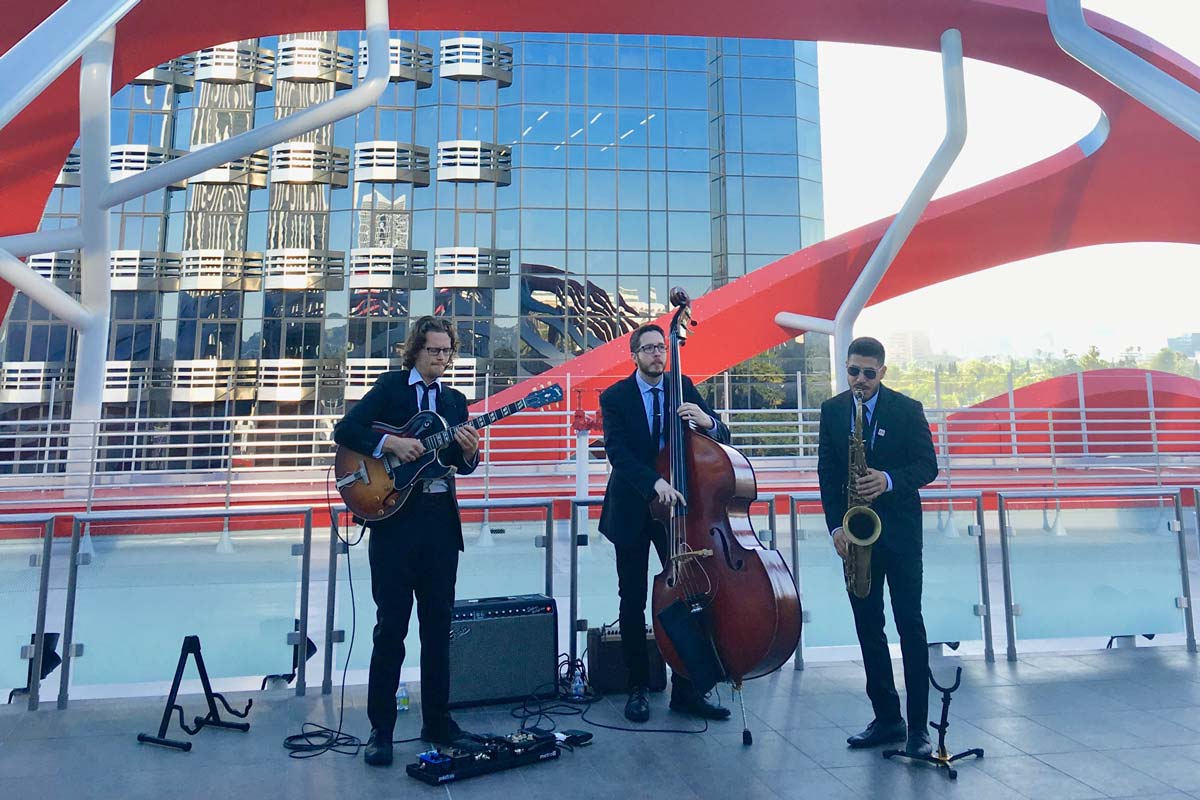 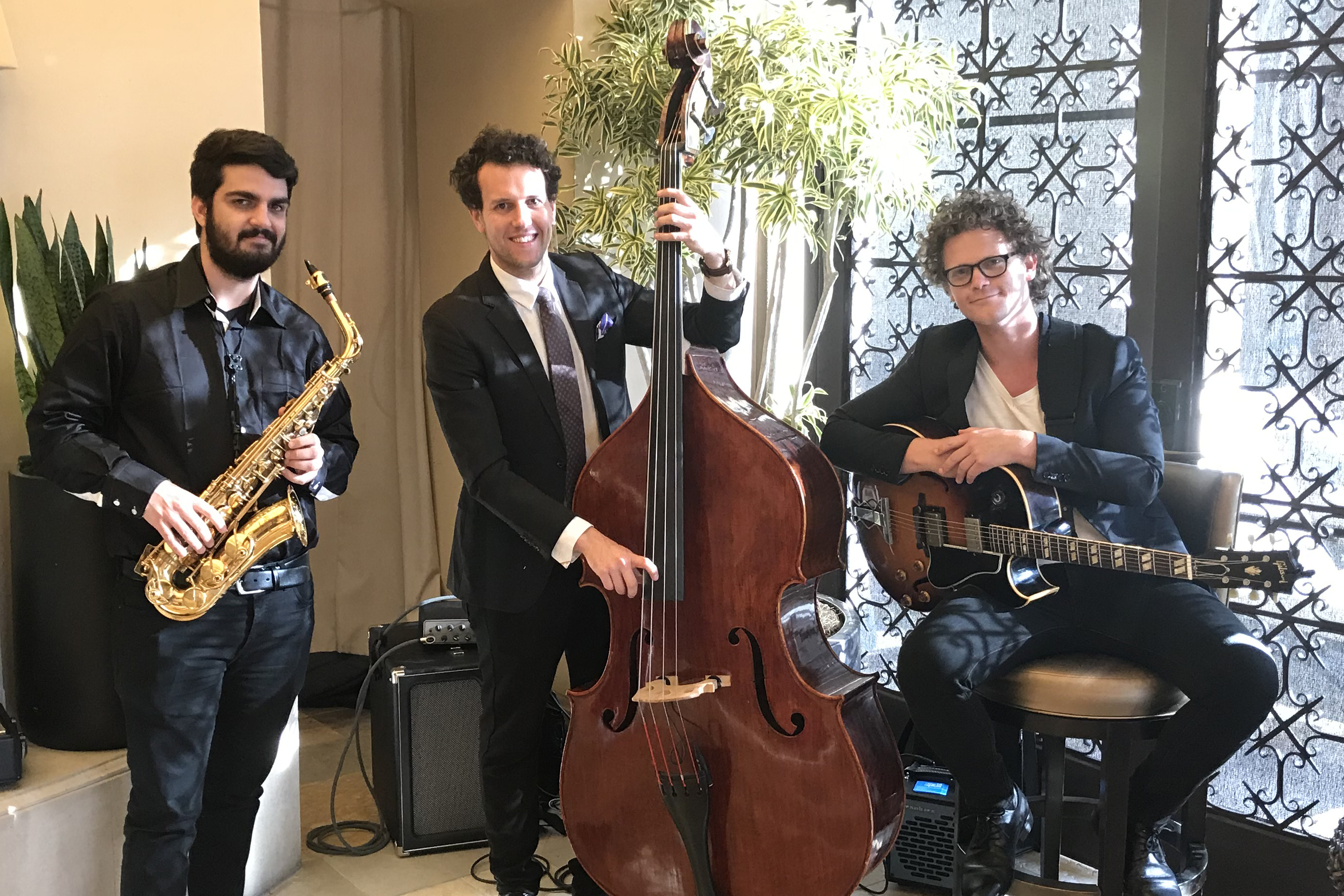 The saxophone is another sweet way to round out a beautiful jazz trio.

These gentlemen have worked with Grammy Award winning and Grammy Nominated artists such as Jill Scott, Mac Miller, Saint Motel, Sergio George, Miguel Bose,  and many more. Brian (bass) most recently worked on all the music for The Golden Globes. Fabian (sax) has toured and played in most major cities in the United States as well as internationally, most recently, playing a 2 month residency with artist Shelea at Quincy Jones’ brand new Jazz Club in Dubai at the Palazzo Versace.  Will (guitar) also has an extensive resume having worked with: The Gordon Goodwin Phat Band, Kim Richmond, Jimmy Branly, Otmaro Ruiz, Gretchen Parlato, Sara Gazarek, and Jane Monheit.

They can play everything in the Great America Song book. They also know how to ‘funk it up’!

Don’t see your favorite song?  Let us know!  We might already know it.