“We hired The Deep Roots for our wedding. They were spectacular! I’m a musician and I’m really picky!” 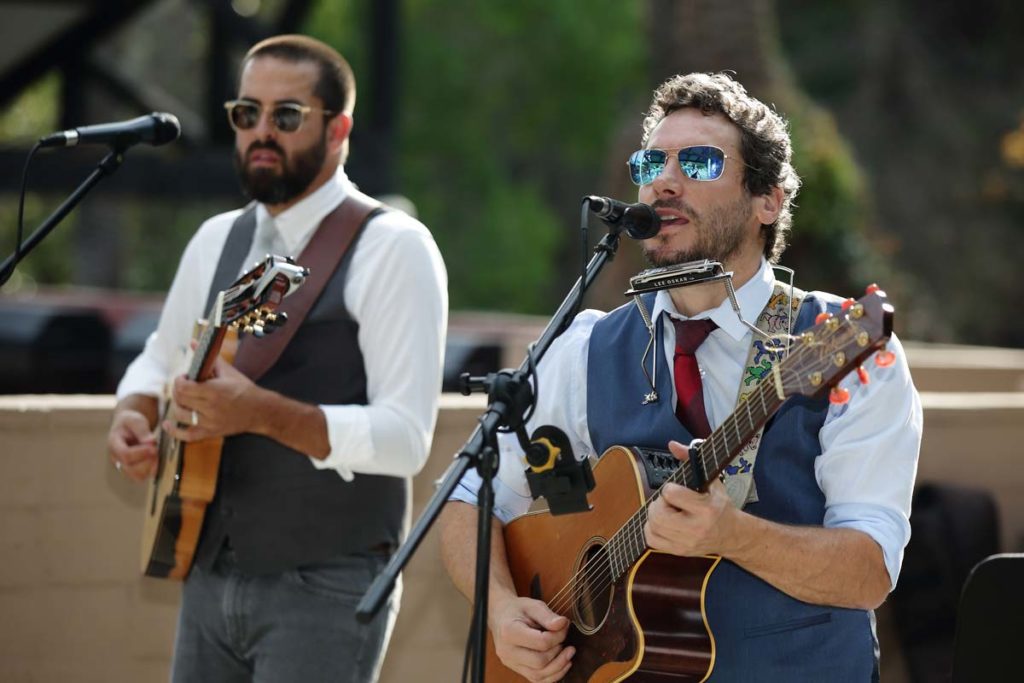 This talented singer songwriter duo are a fixture in the LA Americana / Roots / Rock scene.

About The Deep Roots

Rich is the head of this duo. He performs with a few trusted cohorts who harmonically blend with perfection, not only on guitar but also vocally. He’s a beautiful and peaceful human and his voice is so soothing and lovely. His singer songwriter duos are super skilled.

Rich also occasionally performs records with Young Dubliner’s guitarist, Bob Boulding as well as Doug Grean (former guitarist of Scott Weiland and producer of the Velvet Revolver album) and has performed with Innocent Criminals bassist, Juan Nelson. He has recorded on studio tracks with Ed Tree of The Spencer Davis Group, Rick Shlosser (former drummer for Van Morrision) and Dig Lewis (former bassist for Stevie Wonder). He has appeared on the same bill with David Lindley, Ramblin’ Jack Elliot, Chris Hillman of The Byrds, Sweetwater, and Cubensis.

The Deep Roots are Transcendent!

They draw from their influences of classic rock, jam band, bluegrass, country, reggae, and folk. The duo is sometimes joined by a band of talented Southern California musicians. Their song list is vast!

Don’t see your favorite song?  Let us know!  We might already know it.